This is a guest post from Randall Kenna. Enjoy.

Here are some of the strategies I used.

I was exhausted after I graduated from my bootcamp. But I had spent more than$15,000 on tuition and living in San Francisco so I knew I needed to get a job quickly to prove the financial investment was worth it. It was so tempting to just spend those two weeks napping on my couch and recovering from the most grueling process of my life but using the momentum I had from graduating the bootcamp was critical. I had read about a lot of students that had let their skills get rusty and it had taken 6–12 months for them to find a job.

From the hours of 9AM to 6PM, I was job hunting. I was obsessively updating my resume, finding new jobs, reaching out to connections, finding meetups to attend, and honing my skills. After 6PM, I wouldn’t respond to recruiter emails or do any prep work for interviews. I used that time to recuperate and prepare for the next day.

The company that I ultimately ended up taking an offer at actually found me through my LinkedIn. For all the applications that I sent and meetups that I attended, they ended up finding me and asking me to come in for an interview.

I filled out my LinkedIn with my prior jobs to show that even though I didn’t have a ton of engineering experience, I had a past career where I had been paid to code a little in some of my past jobs. I added every course I had taken and every certification that I had gotten during the bootcamp to show that I was very interested in engineering and it wasn’t just a job to me.

Quickly moving on from companies that weren’t a fit

A few companies had interview processes that were equivalent to Google. They wanted a coding bootcamp graduate to be able to solve complex algorithms that even a software engineer with a CS degree and years of experience would have struggled to complete.

I would have spent so much time preparing for just one interview at one company when instead I could use that time to go through the interview process at several companies. I told the company that the process was far too intense for a junior engineer and moved on.

You don’t have to use this strategy however if you’re willing to put in a lot of time learning algorithms and focusing on building some CS foundations. Some people in my cohort focused on their algorithm skills and it took a little longer to find a job, but they started out with a better title and higher pay.

Thankfully, my coding bootcamp had helped me create a large portfolio with several applications. I was able to take this to prospective companies and discuss what I had learned during the project. In my final project, I had focused mostly on frontend so I took that work to companies and detailed exactly what I had worked on.

If you don’t have a portfolio yet, just get started on something small and push it up to GitHub. Each time you create a new project, challenge yourself to make it a little more complex than the last project.

Proving I was eager (and desperate) to learn

Over the weekend, I taught myself the framework one company used and built a small (and very barely working) app that used it. I was able to discuss the principles of the framework and even though my app broke during the demo, I got the job.

This was a risky strategy because I ended up not spending any time learning the other framework for the other company but it worked out in the end when I received an offer from the company.

Focusing on my strengths and not my weaknesses

I knew that I wasn’t going to do super well at companies that focused on algorithms and prioritized having a CS background, so I intentionally found companies that wanted to focus on mentorship and had real world interviews.

In the interviews, I discussed how I had prior career experience that would benefit them if they hired me and I had been coding at those jobs as much as I could.

It definitely wasn’t easy but anyone can get a job in coding if you treat your job search as if it’s your job and keep improving your skills.

Randall Kanna is a Senior Software Engineer at BaseHQ, speaker and O’Reilly author. She’s formerly worked at companies such as Eventbrite, and Pandora. 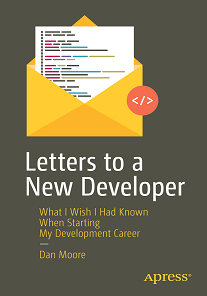